Our combination of talent, motivation, knowledge, tools, facilities, and skill resident in our team, yields performance above the levels reached as individuals alone. It takes all of us to produce great achievements. Our team’s focus on excellence means we can give our customers practical and optimized solutions that balance multiple criteria and constraints. 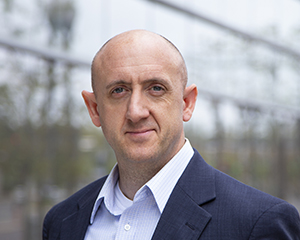 Mr. John Forte is the CEO and President of VT-ARC, responsible for guiding strategic growth in applied research and development with the intent of strengthening national security, driving societal impact, and improving the human condition.

Prior to VT-ARC, Mr. Forte served as one of the US Air and Space Force's 5 science and technology executives (EPAs), responsible for advising the command, control, communications and networking needs of the warfighter and the Department of Defense.  He was charged with creating forward leaning and innovative ecosystems across government, industry and academia and helped establish and direct the Air and Space Force’s first Digital Architecture and Infrastructure Directorate under the Department of the Air Force’s Chief Architect Office.

Mr. Forte served nearly 10 years as a senior leader within the Johns Hopkins University Applied Physics Laboratory (JHU/APL).  His culminating assignment was as the Executive for the Homeland Protection Mission Area, directing the development and implementation of technologies and solutions to protect the United States against a variety of asymmetric threats. While at JHU, he founded and served as the Interim Director of JHU’s Institute for Assured Autonomy, a center of excellence charged with driving safety, security, and reliability into the future autonomous world.

Mr. Forte served in numerous senior leadership positions within the public and private sectors, including the Morgan Franklin Corporation, MITRE, and as the Chief Scientist for the White House Communications Agency. He also served as a communications officer in the US Army, assigned to multiple airborne and special operations units and deploying in support of operations in Bosnia, Kosovo and Iraq.

Mr. Forte earned a BSEE from the University of Tulsa and an MSEE from George Washington University with a focus in Communications and Networks. He also completed Executive Programs at the Harvard Kennedy School on Cybersecurity: The Intersection of Policy and Technology; as well as on National and International Security. 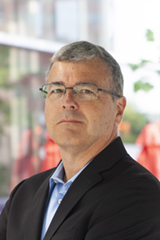 Mr. Don Maffei brings 25 years of corporate finance, operations, and management experience to the VT-ARC team. His extensive involvement with small businesses and startups has provided a wealth of experience in strategic planning and implementation of various control and reporting systems while maximizing efficient use of resources.

As the leader of the finance and administration team, Don provides strategic input on the direction of the corporation as well as day-to-day planning, implementation, and management of all financial, compliance, human resources, and information technology matters.

Before joining VT-ARC, Don provided CFO consulting services to various small government contractors, manufacturers and nonprofits. Previously, he was the CFO/COO and cofounder of a high-technology government contractor. Don began his career as a design engineer developing new defense electronics systems for a worldwide leader in radar development. Later, he was named the Director of Programs for a boutique defense contractor specializing in radar imagery. 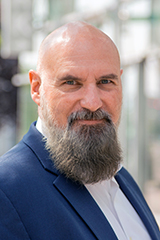 Prior to VT-ARC, he served in the U.S. Army for over 25 years, retiring as a Colonel.  His tactical assignments were with cavalry, armor and light reconnaissance units where he lead and commanded units from platoon through battalion level. His final assignment was in the Pentagon on the Joint Staff as the J-33 Current Operations Division Chief.

Tim is a distinguished military graduate from Texas A&M University. He is a graduate of the U.S. Army’s Command and General Officer Staff Course where he earned a Masters in Military Arts and Science, and National Defense University’s Eisenhower School where he earned a Masters in National Security and Resource Strategy with a specialization in Supply Chain Management. 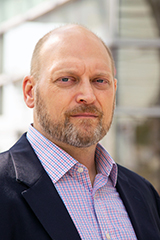 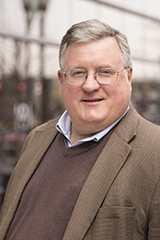 Mr. Mike DiFrancisco is VT-ARC's Chief Engineer, working with the Corporation's executives and senior leadership to draw connections and pathways for our talent and assurances in our deliverables and approaches. He is an experienced Technology Executive and Engineering Manager with functional expertise in Communication Systems, RF Design, SATCOM, Cyber Technologies, IT Infrastructure Systems, and Networking. He has demonstrated experience in planning, analysis, design, procurement and management of RF Communications systems and networks for the DoD and the Intelligence Community.

Prior to joining VT-ARC, Mr. DiFrancisco was a Principal in Booz Allen Hamilton’s Cyber Technology Center of Excellence focused on developing and managing Cyber Technology-related business with Intelligence Community customers. Earlier in his 25-year Booz Allen career, Mike focused on network & communications systems support to DoD customers, serving as Program Manager and Lead Systems Engineer on several large programs. Mr. DiFrancisco received a B.S. degree in Electrical Engineering from Penn State in 1984 and a M.S. from George Washington University in 1991. 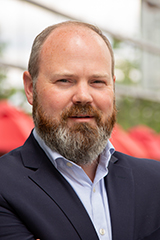 Mr. Michael Miller is the Director of the Engineering, Test & Evaluation Division. He is charged with creating the Division's strategy, developing business, guiding programs, collaborating with the staff and leadership alike, and achieving impact with advanced wireless systems.

Michael is an experienced business and technology leader in the defense and space sector; leading programs and providing strategic leadership to advance innovation in 5G/6G wireless technologies, spectrum policy, cybersecurity, airborne/space-based platforms/sensors, through applied research, prototype development and collaboration with academia, industry and government. Over the past 5 years, he has led a diverse portfolio of engineering programs and staff within ETED.

Prior to joining VT-ARC, Michael provided business and technical leadership over a diverse portfolio of DoD programs as the Director of Operations for a medium size defense contracting corporation. Before taking this position, Michael served over six years as a senior advisor on the Secretary of Defense’s ISR Task Force where he led the identification, development, integration, and deployment of over $900M in new and emerging intelligence, surveillance, and reconnaissance (ISR) sensor and exploitation capabilities to support Combatant Commander urgent operational requirements. Michael also served at Joint Forces Command, leading several test and evaluation projects designed to reduce fratricide between U.S. and Coalition Forces in urban and rural battlefield environments. Prior to his civilian career, he served in the U.S. Air Force as an operator onboard the JSTARS airborne C2/ISR platform, with multiple tours to Iraq and Afghanistan.

Michael holds a Master’s degree in Theology from The Southern Baptist Theological Seminary and a Bachelor of Science in Business Management from Liberty University. 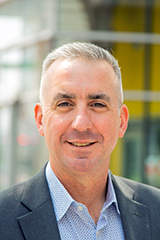 Prior to his current position he was the Deputy Director for the Information Sciences and Analytics Division managing VT-ARC’s extensive data analytics and information science experience and executing the corporation’s programs in data science, artificial intelligence, and machine learning.

Prior to VT-ARC, he served in the USAF for over 27 years, retiring as a Colonel.  He flew for over 12 years as an Electronic Warfare Officer with the AF Special Operations Command. He commanded at both the squadron and group level and served in multiple operational and staff assignments.  His final assignment was in the Pentagon on the AF Staff in the Air Force Warfighting Integration Capability standing up the AF’s first agency responsible for enterprise-wide integration and future force development. 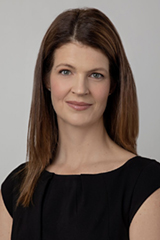 Dr. Maegen Nix is the Director of the Information Sciences & Analytics Division at Virginia Tech’s Applied Research Corporation. Dr. Nix is a veteran and a former intelligence officer with 25 years of experience in the national security community and academia. She has developed curriculum, taught, and lectured at numerous defense and civilian institutions, to include the United States Naval Academy, the Joint Counterintelligence Training Academy, the United States Army Special Warfare Center and School, the Defense Science Board, and the Aspen Institute.